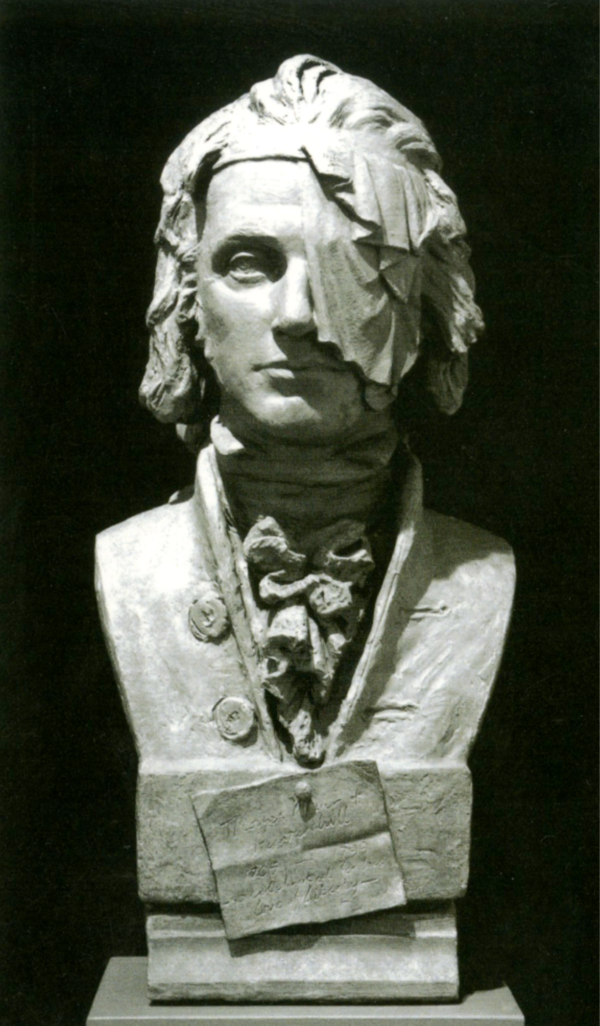 Living in Bishopbriggs and attending Cadder Church, this stretch of the canal is likely to have been a frequent place for Thomas Muir to walk.

Muir was born in 1765, the son of a prosperous Glasgow merchant who moved to Huntershill House in Bishopbriggs in 1782. Muir attended Glasgow University, initially intending to study divinity but, influenced by Professors John Anderson and John Millar who supported radical and democratic ideals, he turned his attention to the law instead. Falling foul of the university authorities at Glasgow in 1785, he moved to Edinburgh University where he completed his legal training.

As a deeply religious Evangelical, he had become an elder of his local church, Cadder, where in 1790 he led the struggle of the elders against the local landlords who wished to impose their own choice of minister contrary to the wishes of the congregation. The case went all the way to the General Assembly where Muir’s democratic arguments ultimately prevailed.
He carried the struggle for democracy into politics. Scotland at this time was governed by a few powerful families with a legal system biased in their favour and hostile to any change which gave more power to ordinary people. However, the French Revolution inspired wide protest in Scotland which led to the setting up of a number of groups known as Friends of the People which grew into the Scottish Association of the Friends of the People formed at Edinburgh on 26 July 1792. A general convention of these groups was held in December with Muir as one of the leaders. He had also corresponded with The United Irishmen, a group with similar radical ideas and the desire for independence from Britain. Muir himself had similar views. “We do not, we cannot, consider ourselves as mowed and melted down into another country. Have we not distinct Courts, Judges, Juries, Laws, etc?” he said.
Muir had already roused the ire of the Lord Advocate Robert Dundas who seized the opportunity to have him arrested on a charge of sedition and bailed for trial in April 1793. Muir travelled to England and then to France to try to get support for the reform project without success. Meantime Dundas brought forward the date of his trial to 11th February so that he could not possibly get there on time and had him declared a fugitive from Justice. As soon as he returned to Scotland he was imprisoned in the Tollbooth in Edinburgh and brought to trial on 30th and 31st August before Lord Braxfield and a picked jury all of whom were virulently opposed to any thought of reform. However, the obvious abuse of the law and the skilful oratory of Muir meant that the object of suppressing reform was turned on its head and Muir became a martyr.
Muir was condemned to transportation to Botany Bay in Australia along with several of his associates and shipped out on 24th May 1794 before Whig attempts to gain a pardon for them could be achieved. However, their supporters were able to provide them with money which enabled Muir to evade direct supervision by the governor. Within 2 years he was able to escape on an American ship, reaching Vancouver in June 1796. With the British ship HMS Providence close by, he did not dare land in case he was recognised, and persuaded the captain of a Spanish ship to take him to California. He was well received by the governor, but the Spanish authorities suspected him of being a spy because of his connections with France and sent him to Cuba to await a ship for Spain.
He was put aboard the Spanish ship, the Ninfa, which reached Cadiz on 26th April 1797 only to find several British warships blockading the port. After a battle the Ninfa was badly damaged in the course of which Muir sustained a shrapnel wound to his face disfiguring him so much the English sailors could not recognise him and he was put ashore with the other Spanish wounded. For 6 months the French and Spanish governments hotly debated his release. Finally the Spanish agreed to release him provided he left Spain. He reached Bordeaux in November 1797 where he was feted as a Hero of the French Republic. Still suffering from his wounds, he travelled to Paris, arriving 4th February 1798. While appreciating the rapturous welcome he received in France, he constantly pressed France to send military aid to Scotland to help establish a republic in Scotland. Muir was advised that emissaries from the United Scotsmen were coming to see him. Given his very prominent public persona, he knew they would be in danger meeting him in Paris, so he went secretly to the village of Chantilly. So successful was the secrecy that when he died suddenly on 26th January 1799 the locals did not know who he was.
Muir did not achieve his goals of justice for the people in his lifetime but he kindled a belief in them which brought them into existence in the fullness of time. “I have devoted myself to the cause of The People. It is a good cause – it shall ultimately prevail – it shall finally triumph.


Next Tale on the Trail: Cawder Golf Course