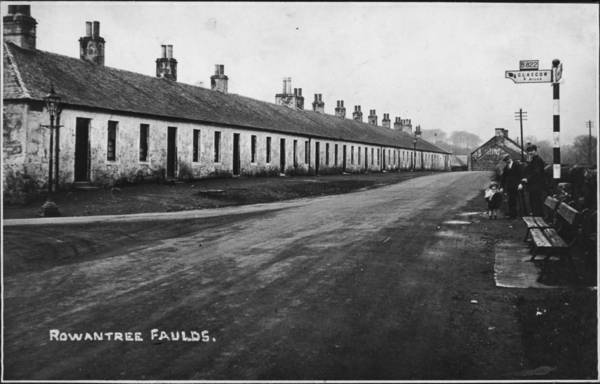 Rowantreefaulds is the proper name for Rowantree Terrace and features housing dating from the 1930s. These houses were built for miners who worked in the Campsie area, to live in with their families. These miners’ cottages were also locally known as the ‘Tawraw’. ‘Tawraw’ comes from Tar Row, a name given because the flat roofs of these houses were covered in thick tar. An old Smith’s workshop known as the “Smiddy” was also at Rowantreefaulds. As was a small wooden shop which sold sweets and cigarettes. Both the shop and the “Smiddy” ceased to be shortly after the Second World War.


Next Tale on the Trail: Field of Blood