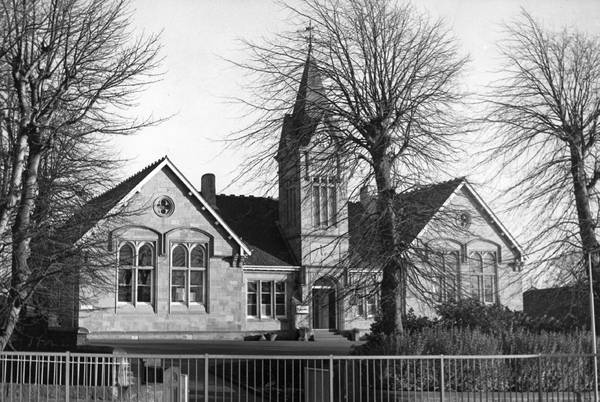 During World War II, on the night of 8th April, a bomb fell on the town of Bishopbriggs, striking a house in South Crosshill Road opposite Bishopbriggs Higher Grade School, now Bishopbriggs Library. Rose Walters and her son James were in the house; the other victims, Alexander Bauld, Catherine Flockhart, James McIIwain, Jessie Parker and Janet Primrose, were on Air raid precautions duty when killed by the blast.

Why bomb Bishopbriggs? Perhaps the German planes had been heading for the Cadder Railway Marshalling Yard, or possibly Blackie’s Villafield Press print works (near the present Eagle Lodge) part of which had been turned over to manufacturing ammunition for the Ministry of Supply. However, on the same night there was a small raid on Belfast to test its defences and it may just have been a pilot jettisoning his load to get home sooner. (A second raid on Belfast three weeks later killed 600 people.)

The civilian victims are remembered on a small panel on Bishopbriggs war memorial to those ‘killed in Bishopbriggs by enemy action’.


Next Tale on the Trail: St Matthew’s Church