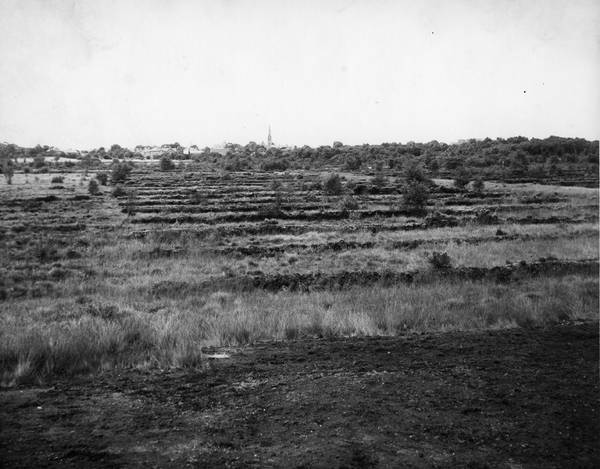 There is evidence that suggests that peat processing on this site dates from the 13th Century. A charter granted by King Alexander II of Scotland in 1226 to Cambuskenneth Abbey, Stirlingshire, allowed the Canons of the Abbey to remove peat from the Moss. This right was later enjoyed by the freemen of the burgh known as “Peat Lords”.

The growth of the use of peat after the Second World World Was, saw large-scale extraction by Lenzie Peat Development Company. A private railway siding, west of Lenzie Station, was built to transport the peat in wooden slatted wagons from the peat bog to the storage and despatch shed. From here it was transported onwards via Lenzie Station.
This activity was responsible for flattening the original dome shape of the raised bog and created the ditches and baults which characterise much of the surface today. The company ceased operation in the 1960s. In 2009, under East Dunbartonshire Council, Lenzie Moss was established as a Local Nature Reserve. Today, these brick foundations are all that remain of the commercial peat processing plant.


Next Tale on the Trail: Christine’s Way