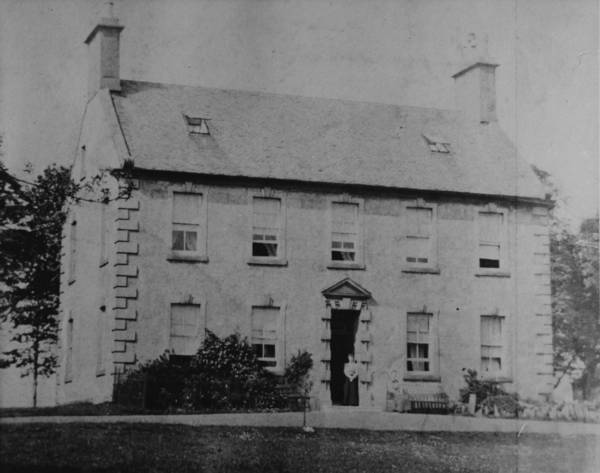 A classic example of an 18th-century Laird’s house, built c.1769-1781, architect unknown. It was a rectangular, two-storey building with 9 principal rooms, harled walls and a central pedimented doorway. Huntershill house was built by a Glasgow merchant named James Martin. It was situated beside the old post road from Glasgow to Stirling (Crowhill Road). Martin died in 1781 and the house was bought in 1782 by James Muir, a Glasgow merchant and father of the political reformer Thomas Muir who subsequently was styled “of Huntershill”.

Thomas Muir defended many accused of sedition and called for reform of the political system and extension of the franchise. As a consequence he himself was tried for sedition and condemned to transportation. After many adventures he died in France in 1799. His advocacy of political reform has earned him the title “Father of Scottish Democracy”. Bishopbriggs Town Council bought the house in 1969, remodelled the interior and added a 2-storey extension out-of-keeping with the original. The building was neglected to the point where it was placed on the Buildings at Risk Register. It was sold with planning permission for dvelopment as a care home in 2017 although no conversion work has taken place (as of September 2019).

Next Tale on the Trail: The Crow and Quin’s Tavern