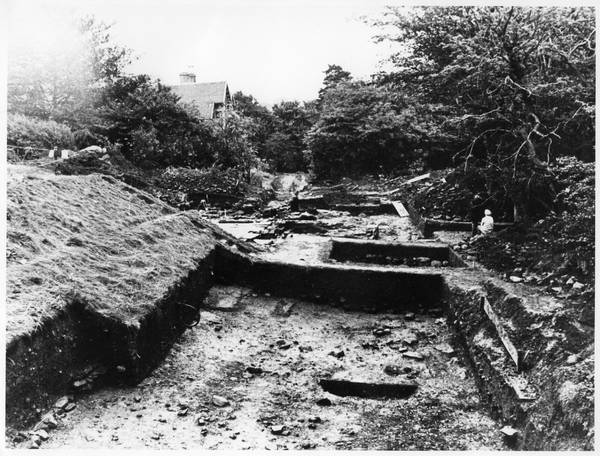 The Bath House was discovered in 1973 on a site previously occupied by four villas when building work was taking place.
The Bath House was built around 142 AD. It was predominately built of timber with the heated rooms built of stone due to the risk of fire from the fire lit furnace used to heat the rooms. The walls were plastered with a waterproof plaster and had glazed windows with wooden shutters. Thatching was used on the roof.
The layout of the Bath House included a large timber changing room, a cold room, hot dry room, steam range, warm rooms and a hot room. The bather sat on benches in these rooms and would progress through them, chatting to fellow bathers as they went. As the floors were so hot Sandals had to be worn throughout.
The Bath House forms part of the Roman fort at Bearsden. The Fort was too small to hold all the regiment but held a detachment from the Fourth Cohort of Gauls which was a mixed infantry and cavalry unit. Bearsden had barrack blocks, stables, storehouses and workshops all built out of of wood with two stone built granaries.

Back to Westerton & Bearsden Trail page