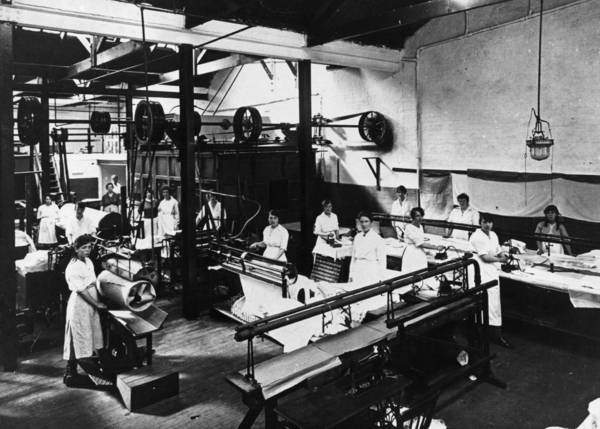 The Vindanda Laundry was originally a hand laundry near to Lenzie station. It later changed location to a building at the corner of Gallowhill Road and Lenzie Road, with the name “Vindanda” said to mean “dry corner”. This building had previously been occupied by the Kirkintilloch and Lenzie Steam Laundry Company Limited. The Vindanda Laundry became a mechanised laundry upon its move here. An advert in the Kirkintilloch Herald described the laundry as “High Class Laundry Work at Popular Prices” offering additional “French cleaning and Carpet Beating”.
The Laundry closed on February the 19th 1971. A letter from the then manager J Morrison states only that the laundry was to close “due to circumstances beyond our control”.


Next Tale on the Trail: Lenzie Hall