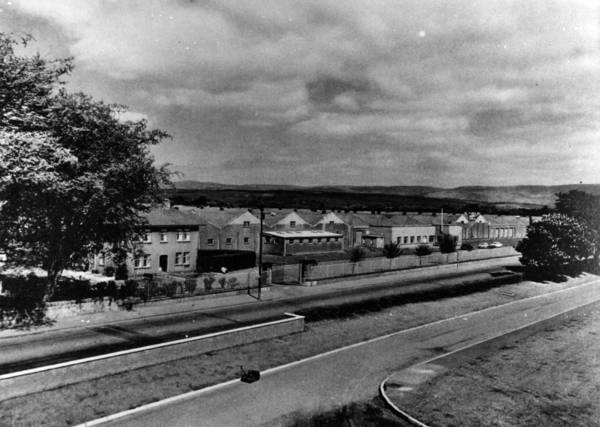 Originally founded in Glasgow in 1809 by John Blackie, senior, with two friends, Archibald Fullerton and William Somerville. The firm was known as Blackie, Fullerton & Co.

Blackie was originally a weaver but saw a better opportunity in selling books produced in parts, by subscription. This venture was successful enough for him to start publishing his own books in 1811, and in 1819 he expanded into printing, by working with Glasgow printer, Edward Khull, at Khull’s printing works at 8 East Clyde Street. The bookselling side of the business continued separately in Edinburgh as Fullerton, Somerville & Co. Khull retired in 1826, and the following year Blackie entered into partnership with Hutchison & Brookman, printers and stereotypers, of Saltmarket, Glasgow.

In 1829, the two companies purchased the firm of Andrew & J M Duncan, printers to Glasgow University, at Villafield, between Stanhope Street and Parson Street, close to Glasgow Cathedral, and moved printing operations into the newly acquired premises. When the printing shop moved to Bishopbriggs, north of Glasgow, it retained the name ‘The Villafield Press’.

In 1831, the firm was renamed ‘Blackie & Son’ when Archibald Fullerton retired from the Edinburgh partnership, and John Blackie, junior, became a partner with his father. In 1837, Robert Hutchison retired from the printing business, and a new printing business was established under the second son of John Blackie, senior. Subsequently, all parts of the business were run by members of the Blackie family with it becoming a public limited company in 1890, changing its name to ‘Blackie & Sons Ltd’.

From then on the company developed two branches, firstly, bookselling and publishing in parts and secondly, printing and book production, the latter for numerous publishers until their own works took up all their resources. Religious books sold by subscription predominated at first, but during the middle years of the 19th century the company developed a series of large, illustrated reference works, for example, The Imperial Gazetteer (1855), The Imperial Atlas of Modern Geography (1859) and The Imperial Bible Dictionary (1866).
Gradually, with improved efficiency, the company branched out into single volumes. Compulsory education, introduced in 1870, encouraged the production of educational materials, especially for children, for example: The Century Infant Readers (1888-1906), Warner and Marten’s Groundwork of British History (1911), grammar books for English and Latin, mathematical primers and later, children’s storybooks intended as school prizes.

After the first world war the company set up a Scientific and Technical Department and began to publish advanced scientific and mathematical works. In 1929, The Villafield Press, Glasgow, moved to a 13 acre site in Kirkintilloch Road, Bishopbriggs while retaining its original name. Before the outbreak of the second world war Blackie’s had subsidiary companies in India, Canada and Australasia. During that war, 1/3 of the plant was turned over to the production of 25 pound shells for the Ministry of Supply together with other war work.
Publishing and administration was incorporated into Villafield in 1960. In 1971, these departments moved to Wester Cleddens Road, Bishopbriggs, eventually becoming the headquarters of the company. However, Blackie & Son Ltd ceased publishing in 1991, although professional titles were acquired by Blackie Academic & Professional (an imprint of Chapman & Hall) and school titles were acquired by Thomas Nelson & Sons Ltd. Children’s titles were acquired by Blackie’s Children’s Books which continued to operate from Wester Cleddens.

Next Tale on the Trail: Bishopbriggs Library