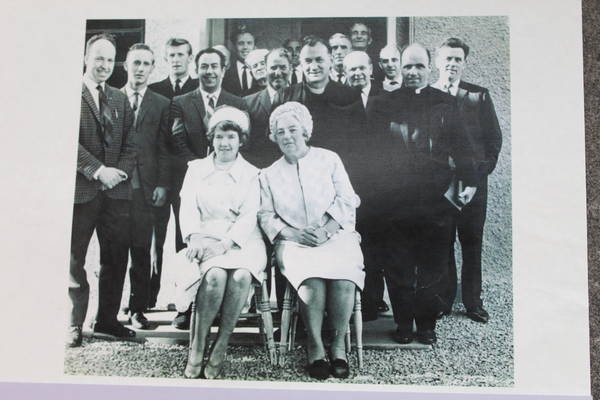 In 1967 Canon William MacCabe, the parish priest at St. Machan’s Lennoxtown at that time, acquired the house and grounds at 16 Birdston Road. In the presbytery grounds stood a building which had begun life in the early 1900s as a grainstore and stables. Later it had become a factory for the production of tartan cloth, there was a variety of machinery in the factory including various types of looms. In the 1950’s a resident of Milton of Campsie remembers the noise of the machinery whilst walking to and from Sunday school, also when they looked through the mesh covered windows they could see the machines moving back and forth and the workers moving about producing the tartan cloth, white twill and cloth for butchers aprons was also produced. The factory closed in the 1950 and the weaving shed was destined to become the first Catholic Church building in Milton of Campsie due to the dedicated workforce of voluntary parishioners under the guidance of Father McCyllagh who transformed the building into a small chapel named St. Paul. In 1982 a new church was built in the grounds and the (tartan factory) previous church became the church hall, as it is today.


Next Tale on the Trail: Red Moss