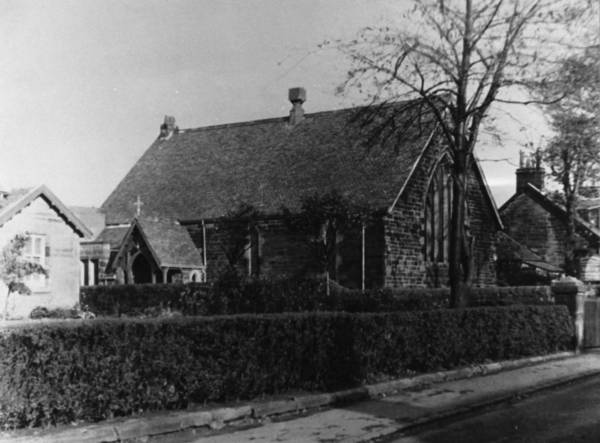 If you continue along Springfield Road for an extra 25m you will see Springfield Cambridge Church. Return to this point to continue the trail along Callieburn Road

The name of Springfield Cambridge Church, like many in Scotland, reflects the turbulent history of religion here. With the development of industry, Glasgow’s population grew rapidly and churches were built in the newly developed areas such as Cowcaddens and Garnethill in Glasgow by various sects of the presbyterian church.

The Cambridge Street United Secession Congregation was formed in 1833 and a church erected in Cambridge Street, near New City Road in 1834. The church was extended and altered in 1846 and again in 1868. It continued to be active for the next 100 years but in 1968 the building was the subject of a compulsory purchase order as part of the redevelopment of Cowcaddens and the congregation amalgamated with that of Bishopbriggs.

In 1843, some of the congregation of Cadder Church left it and joined the Disruption, when many members of the established church rebelled against an attempt to prevent congregations appointing their own choice of minster, and formed the Free Church. Initially the Cadder group met in a barn at Bearyards Farm, marked now by the water tower, but a new mission took over, rather improbably, in licenced premises in neighbouring Auchinairn. In 1859 a Glasgow church set up another mission in Auchinairn and together in 1863 they decided to build a church of their own on a site in Springfield road. It was here that Rev James Fordyce from Unst arrived to be the first missionary. Rev Fordyce was granted a minister’s permission and became the first minister of the church, which was accredited in 1865 as Cadder Free Church.


Next Tale on the Trail: Auchinairn Community Centre