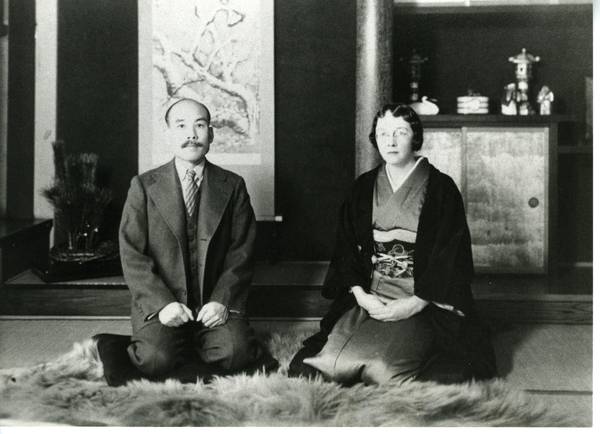 Rita Cowan, born Jessie Roberta Cowan, was the daughter of a Kirkintilloch doctor and his wife. When Rita’s father died, they took in a lodger, 24 year old Masataka Taketsuru from Japan. Masataka had come to Glasgow to study Chemistry, and to be an apprentice in whisky distilling. In April 1920 the two were married at Glasgow registry office. In November 1920 they moved to Japan, via New York. Masataka worked for the Kotobuyika distillery making whisky, before setting up his own company in 1934, in Yoichi. Masataka chose Yoichi for the similarity to the Scottish landscape: cool and damp climate and access to good quality peat and water. The first bottle of whisky from the distillery was sold in 1940. Rita is said to be the ‘muse’ or ‘mother’ of Japanese whisky.

Next Tale on the Trail: Co-op Bakery