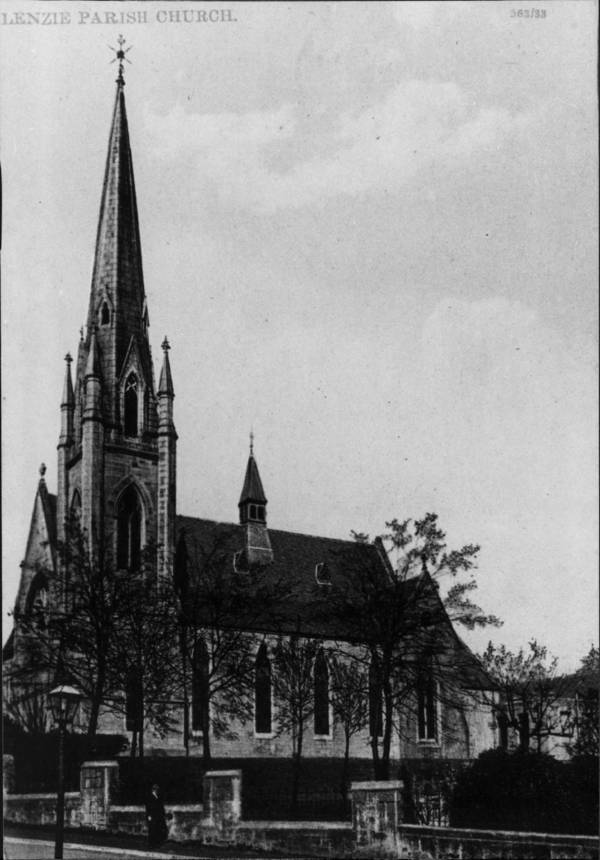 Lenzie Old Parish church opened on the 30th of August 1874. At this time it was known as a ‘Chapel of Ease’ and only elevated to the status of Parish Church two years later in 1876. The centenary of the church was celebrated in 1976. It was built opposite the Post Office Buildings on the corner of Kirkintilloch Road and Garngaber Avenue and had a Church of Scotland congregation.
In 1885 the villa ‘Northwood’ on Moncrieff Avenue was purchased for £1500 from Miss Beatrice Clugston, the well-known local philanthropist. ‘Northwood’ was purchased to become the manse. The most well-known minister of the churches early years was the Rev. William Brownlie, who was there from 1891 until 1926.


Next Tale on the Trail: Queen’s Building