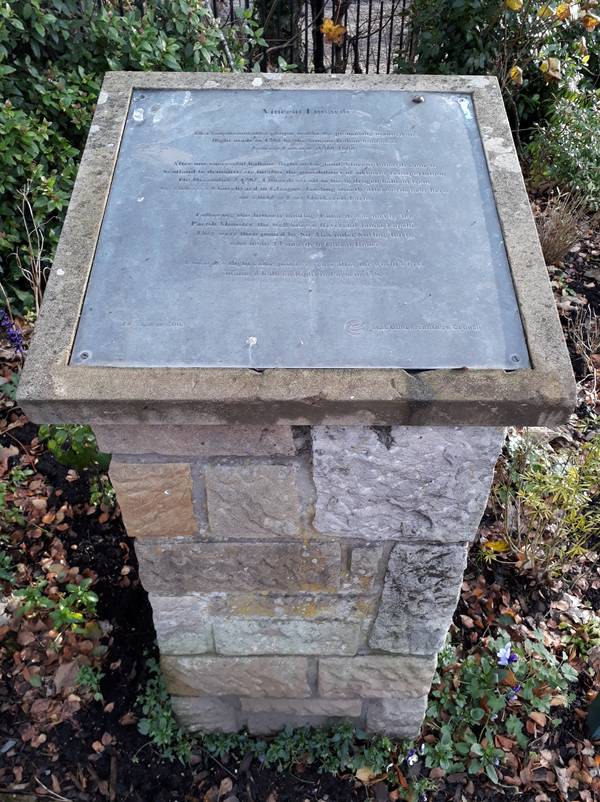 Vincent Lunardi was a pioneering Italian aeronaut. On the 5th of December 1785 he took off in his home made balloon from St Andrews Square, Glasgow. The poor weather caused him to come down in Milton of Campsie – much to the surprise of the local people. Lunardi landed near the Glorat Estate and was almost immediately invited to dine with the Laird. Lunardi had demonstrated his balloon to the Prince of Wales the year prior and had become somewhat of a celebrity. The Rev Lapslie, the Campsie Parish minister at the time, accompanied him back to town later that day.
A small plaque was erected in 2013 at Milton of Campsie Cross to mark Lunardi’s visit.


Next Tale on the Trail: Old Police House & Jail