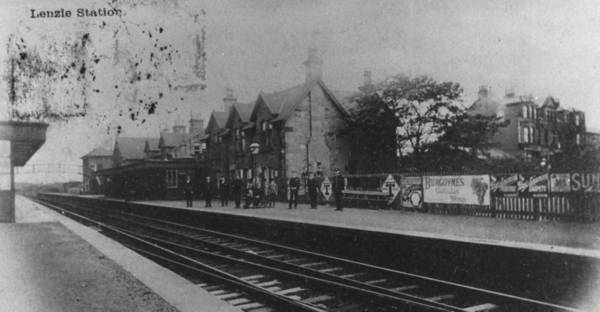 Lenzie Station has had many names and locations over the years since it opened in 1842. It was firstly known as Kirkintilloch Station and opened on the same site where Lenzie station is today. A few year later in 1844, the station was resited to Garngaber, approximately a third of a mile to the east. Four years later in 1848 when a branch line to Lennoxtown was built the station moved back to its original location. In 1849 the station was renamed “Campsie Junction”. Campsie Junction also became the name for the area surrounding the station. As there was also a nearby station called Campsie Glen, to avoid confusion the station again changed name this time to Lenzie Junction. It is rare that a town was named after a station and not a station named after a town, but this was the case in Lenzie.


Next Tale on the Trail: Bea Ray’s Path