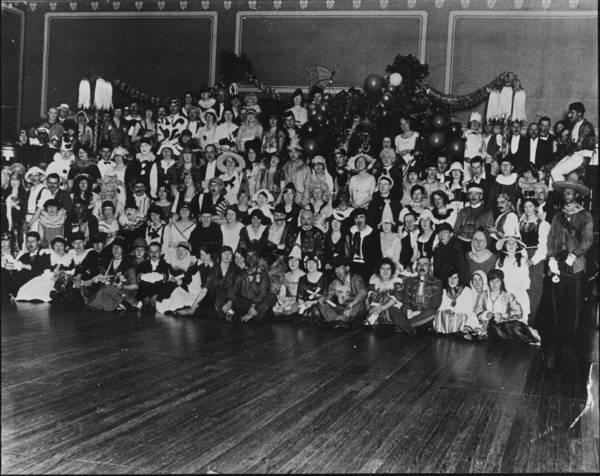 Lenzie public halls were first proposed in 1889 and a residents meeting was held to discuss the possibility of erecting halls for public use in a central location within Lenzie. Plans were drawn by Glasgow architects Baldie and Tennant and a Bazaar was held in November 1890 at the Fine Art Galleries in Sauchiehall Street in Glasgow. A ‘committee of ladies’ from Lenzie organised stalls at the Bazaar and a ‘committee of gentleman’ assisted with planning.
One of the main uses proposed for the hall was as a place for the original Lenzie Club to meet. Trustees were appointed in 1891 and on the 27th of October 1892 the halls opened.
The halls were used by many groups including the Burns club, Glee club, Horticultural club, Library society and Literary society. Their purpose was also to allow a space for reading and recreation. As the population of Lenzie continued to grow, the halls became increasingly used as a community meeting place.


Next Tale on the Trail: Dean House