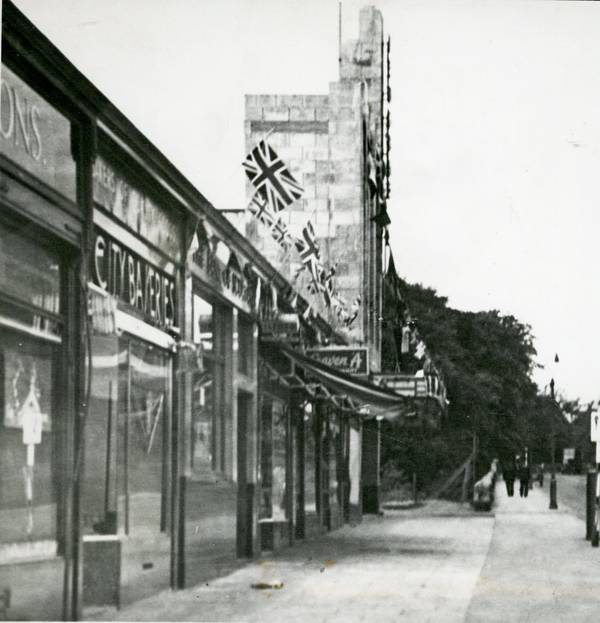 The Kenmure cinema opened in 1938. Sited at the end of the tenements on the west side of Kirkintilloch Road, it was designed by the architect F.Henderson Owles with a tall façade in the fashionable Art Deco style. Seating nearly 1000 people it was run by the Young family who subsequently also opened the Rex cinema in Newmilns. During the war, cinemas remained open despite bombing raids. In April 1941, the local paper reported that the first bumble bee had been spotted in Bishopbriggs and”Blondie Brings Up Baby” was showing at the Kenmure Cinema. Initially it was well patronised with screenings every day and Saturday matinees for children. However, the advent of television and the wider choice of films in nearby Glasgow led to poor audiences and the cinema closed in 1958. After lying empty for a few years it was incorporated in the Churchill Way shopping centre with the auditorium reopened as a restaurant – ‘The Manor Steakhouse’ in 1962. Churchill Way was demolished in turn about 1993 and replaced with Bishop’s Gate retirement flats. The Manor closed about 2000 and was replaced with a gift shop which now incorporates the Post Office.