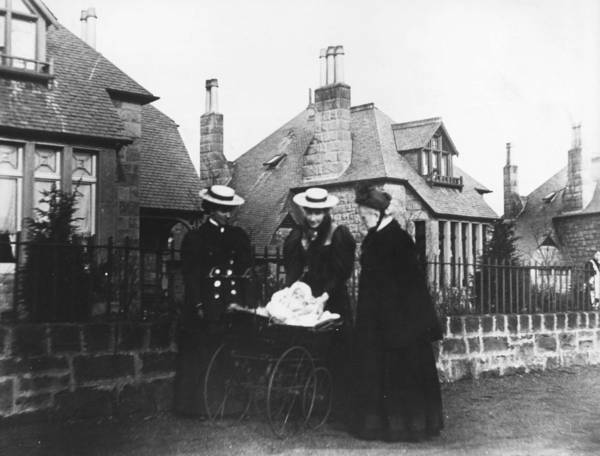 In the 1890s a new planned housing development was much talked about in Lenzie. This picturesque mini-estate was called Grove Park. It had a symmetrical layout with the newly built detached houses surrounded by trees and gardens. New Villas were for sale for £585 or for the annual rent of £40. Lenzie’s amenities were used as a selling point to entice home buyers, particularly there sporting amenities which were thought a strong selling point for the professional commuter. In advertisements Lenzie was described as having “every advantage in the way of churches, schools, shops, doctors, postal, telegraphic, telephonic and banking facilities, a splendid bowling-green, first-class tennis courts, cricket and football grounds, and very attractive golf-links” The developers were Walker, Fraser and Steele, Land agents and factors of Bath street, Glasgow. The houses were advertised as having windows with “cathedral tinted glass” and a “large pleasure ground in the centre of the crescent”.


Next Tale on the Trail: Villas at Victoria Road