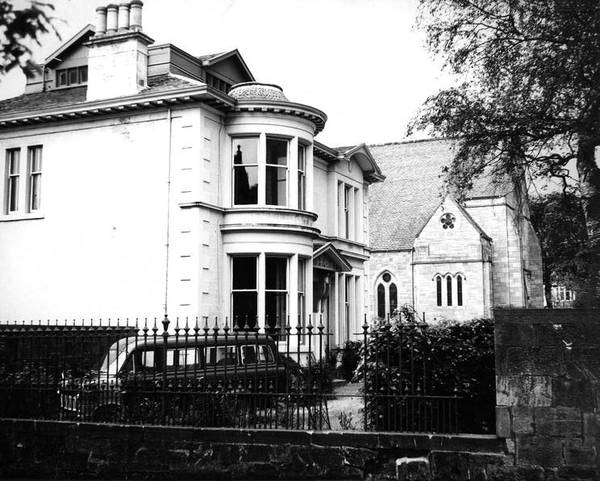 When development of the Glasgow commuter suburb of Lenzie began during middle of the nineteenth century, building space in the vicinity of the railway station was at a premium and the concentration of Victorian villas there is still very much in evidence.

‘Dean House’ appears very much as a typical commuter villa, but was in fact for many years the home of Dr William Armstrong, Lenzie’s best remembered general practitioner, and a most important figure in the community.

‘Dean House’ is situated on the east side of Kirkintilloch Road, just south of the public hall. During the late 20th century it was taken over by the nearby Lenzie Union Church, for parochial use.

Dean House was also once home to Major James Hope (1865-1923), the manager of the Nickel Works in Kirkintilloch. This Kirkintilloch man trained as an analytical chemist before rising through the ranks at the works and moving into management. In 1897, he was sent on a mysterious ‘all expenses paid trip’ by the Nickel Company to New Caledonia, the source location of the raw ore which was brought to Kirkintilloch to be processed, and returned 1899 with an Australian wife. They lived in Dean House along with 3 staff members.


Next Tale on the Trail: Former Lenzie Primary School