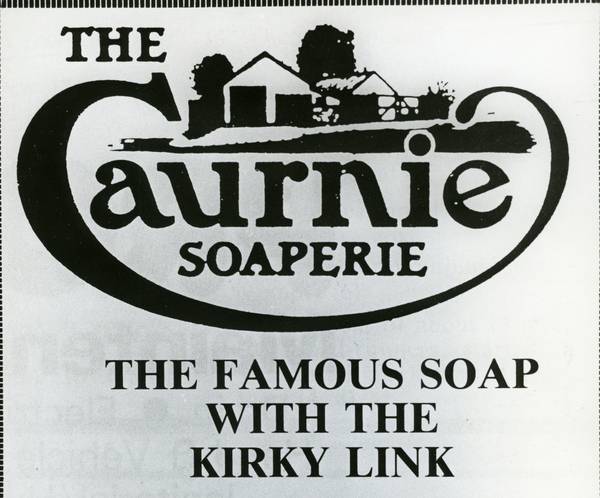 Caurnie Company’ is best known for making soap. The company was originally set up on Woodhead Avenue in 1922by Jimmy Little , before moving to its current home in Canal Street in 1924. The business is still in the family and is now run by Grandson Jim Little.

Caurnie prides itself on being the oldest and last working soaperie in the world to use the cold-press method of soap production. Caurnie is well-known for its use of natural products such as germanium, nettle and lavender, and they have their own organic herb garden for growing this produce. Their range of soaps is also vegan, palm-oil free and not tested on animals.
Originally the company sold their soap door-to-door, using a bicycle as method of delivery. They then went on to delivery from a motorcycle with side-car, before upgrading to a van.
During the 1960s Caurnie sold soap to Biba, the successful London fashion store. The workshop is open on Tuesdays so that visitors can see the soap making process.

Next Tale on the Trail: Lion Foundry