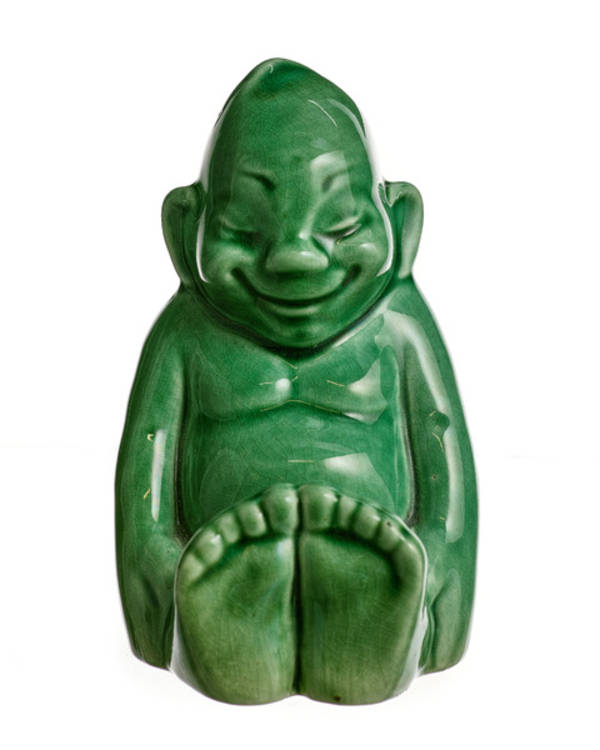 Started by Mr Edward Langley in Milton of Campsie initially with his first kiln near his home between 1946-49. He later joined the staff of Govancroft Pottery, where due to his skills and foresight he became the works manager. In 1952 he decided to open his own pottery business in Pitt Street in Glasgow, due to redevelopment he moved to new premises in Hillington Industrial Estate, here he names his products “Campsie Ware” becoming the companies tradename. Many of the products produced were based on animals such as dogs, birds, fish, rabbits, as well as Thistle shaped small vases and salt & pepper sets. In 1975 Edward (Ted) Langley returned to Milton of Campsie to West Baldoran Farm where in semi-retirement, next to his home he continued to produce “Campsie Ware” he continued to produce novelty designs right up to his death in 1982. His pottery by the 2000’s has become highly collectable particularly by the residents of Milton of Campsie. Ted Langley succeeded as a production potter due to his personal skills in design production and marketing. The above is based on the Graeme Cruickshank’s booklet “Campsie Ware” and my experience of collecting “Campsie Ware” whilst living in Milton of Campsie. A Milton of Campsie resident.


Next Tale on the Trail: Lillyburn Pulp Works