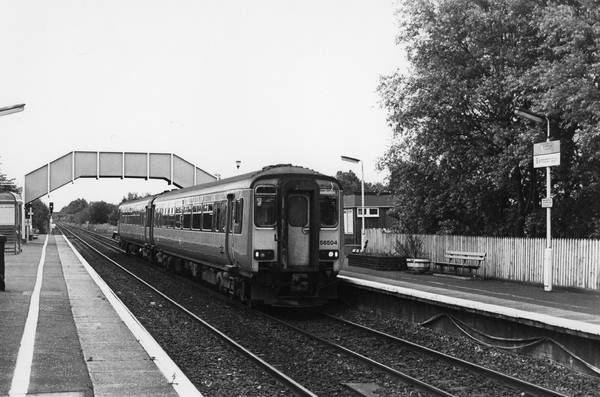 Bishopbriggs was one of the original stations on the Edinburgh and Glasgow Railway, opened in 1842. The EGR ran between its Glasgow Queen Street railway station and Haymarket railway station in Edinburgh. On 1 August 1865, the North British Railway absorbed the E&GR, while the NBR in turn became part of the London and North Eastern Railway in 1923. From the start of 1948, the LNER, London Midland Scottish, Great Western and Southern Railways were nationalised to form British Railways. In the 1960s, the station was on the Beeching hit list but a vigorous campaign by local people managed to save it, although the original station buildings and footbridge were demolished. They were replaced by a modular ticket office and waiting room, as well as a new footbridge. The station sits on a raised embankment at Bishopbriggs Cross with the line crossing bridges over Springfield Road and Crowhill Road where they meet the main road so access is difficult for disabled passengers and there is no possibility of parking nearby .

Next Tale on the Trail: Bishopbriggs War Memorial