Gumnut covers 5 locations across East Dunbartonshire and takes inspiration from political activist and community organiser, Thomas Muir who lived in East Dunbartonshire in the late 18th Century. Roddy’s idea involved sculptural route markers that could work as new metaphors about the life and story of Thomas Muir. The edition of 5 concrete sculptures mimic the shape of a eucalyptus seedpod, or as Australians call them gumnuts. Muir was among the first Europeans to spend time in Australia – an aspect of his story that Roddy notes is regularly hidden behind his activism. Despite Muir’s growing reputation as a positive influence on Scottish society in 1793 he was convicted of sedition for calling meetings to discuss political reform and exhorting people to read more political pamphlets. Sentenced to 14 years transportation he landed in Australia as the penal colony’s first political prisoner, where he set about observing his local environment, taking notes on, amongst other things, flora and fauna. Roddy’s work observes that suburban East Dunbartonshire is now full of ornamental eucalyptus trees. Roddy’s artwork proposes that Muir perhaps was the first person from the area ever to see one and this hidden aspect of Muir’s past, is one of the threads that can be attached to these new objects, along with more traditional associations of growth and renewal contained in the very representation of the seed itself. Roddy’s works are sited at Auchinairn, Huntershill, Lenzie, Torrance and Milton of Campsie. Roddy worked closely with the Watson family who run the Thomas Muir Society. 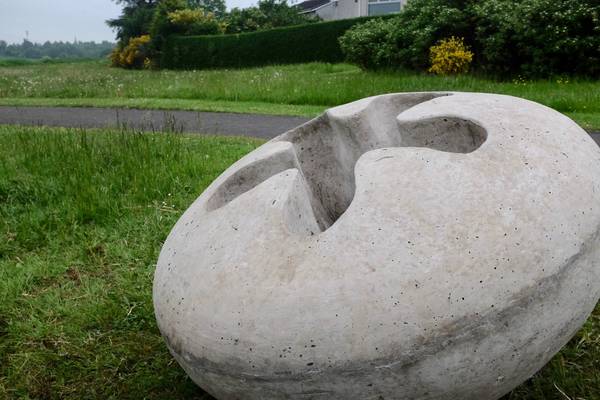