Made of white marble aggregate concrete and pigmented concrete, Brog, references two of the former industries located near this site, the Lilyburn Pulp Works and Campsie Ware. Universal Pulp Containers and then Universal Pulp Packaging started in 1935 with twelve employees. It eventually became a major employer for Milton of Campsie and the surrounding area. The factory produced exquisite paper pulp packaging and novelty items such as charity boxes. In the latter part of its production it also made paper pigeon nests, often referred to as Dandy nests. The factory decided to establish two pigeon lofts within the factory grounds as part of their advertising strategy, and they approached Allan Dempsey to set up and look after the lofts. Campsie Ware was started by Edward Langley in 1952 and produced highly glazed ornaments, usually of birds and other small animals. At one stage Campsie Ware could be seen gracing the mantlepieces of many a home. In 1975 Edward decided to set up at West Baldoran Farm on the outskirts of Milton of Campsie, setting up as a one man operation in a semi-retired capacity. Brog aims to meld reference to both of these industries through the shared motif of the pigeon. Brog is a hybrid creature, part pigeon, part frog; the workers at Campsie Ware once joked that they would ‘keep on making birds ‘til they looked like frogs’. 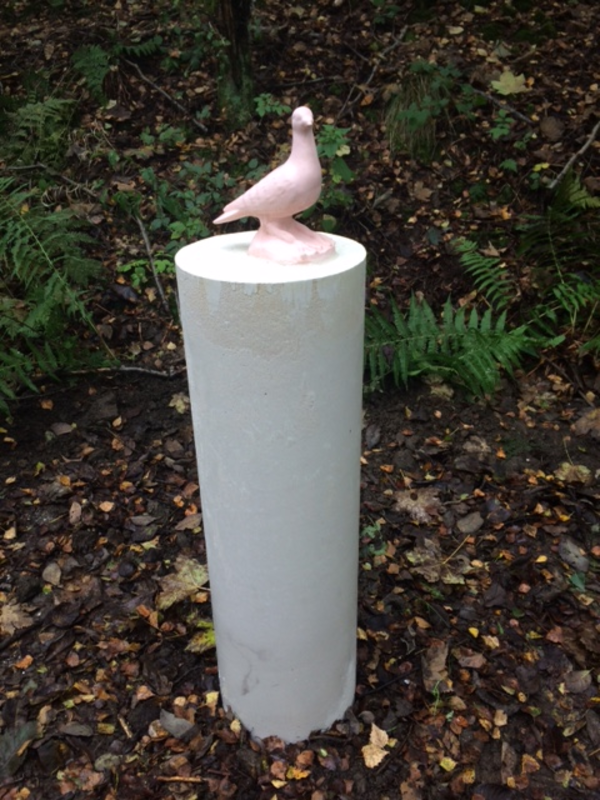