Jim studied animation at Edinburgh college of Art and graduated in 1997 with a vague understanding of how to make inanimate objects move about. After 6 years making Gaelic children’s TV and online games in the Trossachs he couldn’t resist going back to the civilisation of Edinburgh.

After more years of freelance animation, Jim took the position of managing and running animation workshops for Red Kite Animation studio. He mostly works with children and young people, helping them make their own cartoons in different techniques. In 2014 Jim started his own company, Animation Jam, and divides his time between running more animation projects and making silly animated games for CBBC and CBeebies. 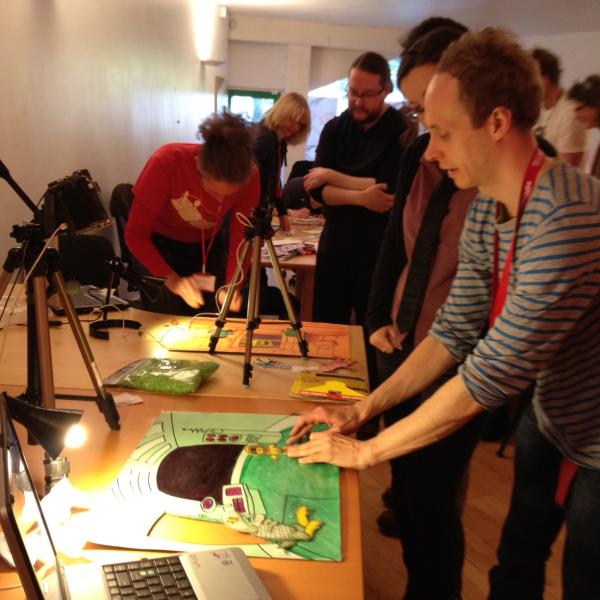